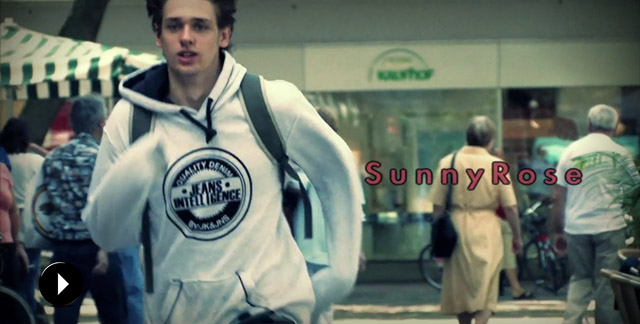 It is about avidity and desire. So it is like in nearly every relationships. Lots of misunderstandings. She wants the life, she yaws about it. He too but in a controlled way. He knows how he wants his life. Actually with her but she is really unsure about this. Cause she wants to see something more from the world before.

Two old ladies who are friends, accept foreign nurses into their homes, to avoid going to an old people's home. Both nurses move in with the ladies. While the two old friends meet for their traditional coffee afternoons, their life stories move in completely different ways.

A young man, Ingo, throws himself off a bridge. He is homosexual and cannot bear any longer that the whole village shuns him. After the fall he is taken to hospital in the city. He will have to sit in a wheel-chair and is getting psychological treatment. Some sort of partnership develops between him and the psychologist, during which they help each other to gradually reach inner peace.

Two travellers arrive at the main station. They seem to be confused and you don't know their intentions. A row flares up between the couple which ends dramatically. The woman is left behind, completely unhinged. The ending is uncertain.

A young woman is making herself look pretty when a young man with a rose in his hand rings at the door and wants to invite her to the cinema. She gets angry because she has told him very often that she already has a boyfriend.
We follow her on her way to her date which has a surprise in store.

This is a documentary film about two friends who travel to Istanbul and make different experiences there. During this journey they interview two women (one lives in Istanbul, the other one in Germany), which provides the film with a wider range of opinions.

This videoclip was made for a school project with the topic "loop", as a combination of photos and film.
The loop in this clip is of course the location and the actors who come back to this location more than once. The main loop is the circle of life and death which you can see in the story of the boy and girl, and at the end when nature will be destroyed by big skyscrapers. However, you may find even more loops watching this clip.

Kian, a young man, has a hard time – he is invited to a party which he misses, has a date with a nice girl in a coffee shop where he does not know what to say, wants to commit suicide but – fortunately – does not even manage to do this.
His imagination is more active, however. In his visions he goes through hell until he finds comfort in his last dream.
The next morning he goes to school again.

A young girl who stays with her stepfather is running away from home and makes friends with a homeless boy. She claims that her stepfather has abused her. It remains open whether that is true.
Careful handling of a difficult subject.

Mike, a young boy with a heart problem has a lot to cope with: an operation that scares the hell out of him, a seductive nurse, sneering classmates and the cool Michelle, an outsider herself...

An impressive portrait of a girl who suffers, like many other young women, from an eating disorder. The girl is losing herself in a vicious circle of medication abuse and self-destructive auto- aggression. Will she be able to escape?

A young refugee is being chased by soldiers in a country during a civil war. The film uses documentary as well as fictitious scenes to show how miserable life is for people in war times. Although implored to help the U.N. remains passive.

Rob who is fifteen would like to have a girlfriend, but he feels he is an outsider. Jasmin is fourteen years old and not interested in boys of her age. Both meet.